In a unique turn of events, what looked like it would be a San Antonio Spurs Vs. Miami Heat NBA finals, now looks more like a Boston Celtics Vs. Oklahoma City Thunder.

One of the more interesting match-ups of that scenario would be the point guard battle… Rajon Rondo Vs. Russell Westbrook

Rondo, the 5 year pro – standing at 6′ 1″ – 186 Lbs… is definitely a top 5 player in the league right now. His regular season numbers were a double-double in points and assists, with strong rebounding numbers as well. He put up more than a few triple-doubles this season. This post-season Rondo has really stepped it up, becoming a clutch player and upping his scoring numbers. Rondo is like a scoring/rebounding John Stockton and a quicker Jason Kidd. Rondo’s only weaknesses are missed perimeter shots and turn-overs.

Westbrook, the 3 year pro stands at 6′ 3″ – 187 Lbs… Westbrook is a prolific scorer, despite playing on a team where the scoring champ resides, Westbrook managed to put up 23.6 points a game this season. Imagine if Durant wasn’t on the team. Though still young, Westbrook has shown brilliance and incredible quickness. Signs of maturity in the league have been demonstrated this post-season where his turn-over ratio has gone down from 3.6 in the regular season to 2.1 in the post. 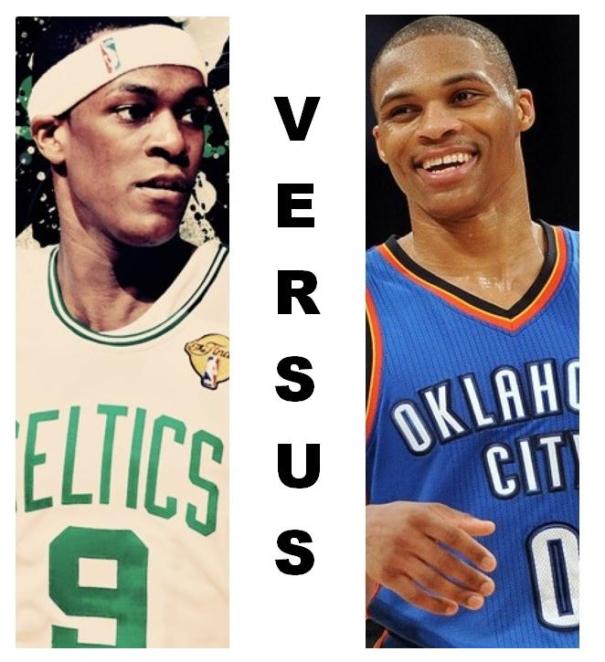 A brand new publication that will revolutionize the magazine industry